You are an immigrant seeking freedom,

All you wanted was an asylum,

But here in the glorious United States,

Nothing but inequalities await.

They plan build a wall

Just to make you feel small,

and separate you from your family

it all seemed to happen so suddenly.

But your voice seems so unrecognizably quiet

All you can ask for is your rights to not be violated.

But because of one mistake,

You are suddenly less than human and

Grits and a quarter an egg is all they can make.

Your meal is cheaper than a snack,

58 cents, this must be some sort of payback.

But your voice is trapped behind bars,

You are a female.

All you want is to be treated equally with males.

You’re supposed to marry, not be the millionaires.

Your job is in the home cooking and cleaning,

While the little girl inside of you is screaming,

But your voice carries less weight,

You are an indigenous American.

All you want is the land your ancestors culminated.

The US government keeps telling you it's complicated,

But you know you are just being manipulated.

You were here first

But that didn’t stop you from being forced

And your sovereignty seems to have been banned.

But your voice is stifled by laws,

You are making less than 6 figures a year.

All you wanted was to be able to provide for your family.

And not being able to put food on the table,

Your house is falling apart

And you can’t get your car to start.

Your garden is infertile

Because of all the toxins in the soil

Your friends even call you les miserable

Because all you do is work and sleep;

No time to even weep.

You want to say something

But your voice is exhausted,

You are a man that loves another man.

All you want is to be yourself

Without having to put your preferences on the back shelf.

They say it's equal marriage

But they never said it would be used as leverage,

You feel the judgment everywhere.

You tell yourself you don’t care

But deep down you know you do

Because this judgment is something no individual should go through.

You want to say something

But your voice is afraid,

Your voice is nonexistent

Because society’s blind eye tells you, you are different,

Different in a world of difference.

Has evidently made you more prone to the harms of the environment.

Your mother used to tell you that accidents happen

But it was no accident that NOx gases exceeded 2 parts per million.

It was no accident that the harmful facility

Was located in your community .

And it all seems so unfair

They say water is life

So can you imagine the strife

When the lead levels in Flint’s water supply

Your children’s intelligence is altered

and your kidney function faltered

But you cannot evade,

That would leave you unpaid,

Unpaid with a family that needs to eat

So you accept defeat.

The government keeps telling you the economy is what matters,

But does money matter more than the burial grounds

Where your ancestors’ remains are scattered?
They want to build a pipeline,

An economic gold mine.

You stand outside in the freezing cold

Only to be held in a stranglehold

And be covered by a pepper spray blindfold.

You hold your ground

For the water all around

Because with the land

You are lawfully bound.

You father used to tell you it’ll all get better soon,

But here behind bars, you are less than immune,

THEY are the ones committing the manslaughter.

With the weather you are exposed to,

An air conditioner is long overdue.

Yesterday, the man in the cell next door

Was found passed out on the floor.

This cannot be right,

But these issues are not brought to light. (119)

Do not be fooled,

They have been for years.

Have you ever heard of the Trail of Tears?

From the very beginning on this continent

Anyone who was not a white settler was inconvenient.

It was this barbarianism that sent

It was this barbarianism that tied

Slaves to the countryside.

As they were being sold.

It was this barbarianism that forced

And today, it is this barbarianism

that has separated the undocumented into detention centers

and has created a government that ignores the dissenters.

Where children are torn from their parents

And sedation is a common occurrence.

So blame the government,

They are only continuing this barbaric sentiment.

But realize this is a representative democracy

And then it grows to few.

Before you know it,

the senate is split.

You have the freedom of expression

So free yourself from this repression,

Because all humans are born free and equal

In dignity and rights.

So no matter the color of your skin,

Or the home of your kin.

No matter your sexual preferences,

Or your number of job references.

No matter your gender

Nor any other factor that makes you feel different,

I want you to picture this:

You are a human being.

capable to fight the legislation

that makes you feel unable.

You are not voiceless.

You are not alone.

On May 8th, 2017, I was lucky enough to moderate a forum hosted by UCSB’s Environmental Studies department - Standing Up for Science: Resistance, Persistence, Inspiration, and Innovation in the New Political Landscape - that included Deborah Moore from the Union of Concerned Scientists as a special guest. Meeting her felt akin to meeting an academic and environmental advocacy rock star, and the event: exceeded all expectations and provided a valuable opportunity for students and faculty to gather together and talk about our future in the age of Trump and in an era of attacks on science and justice. 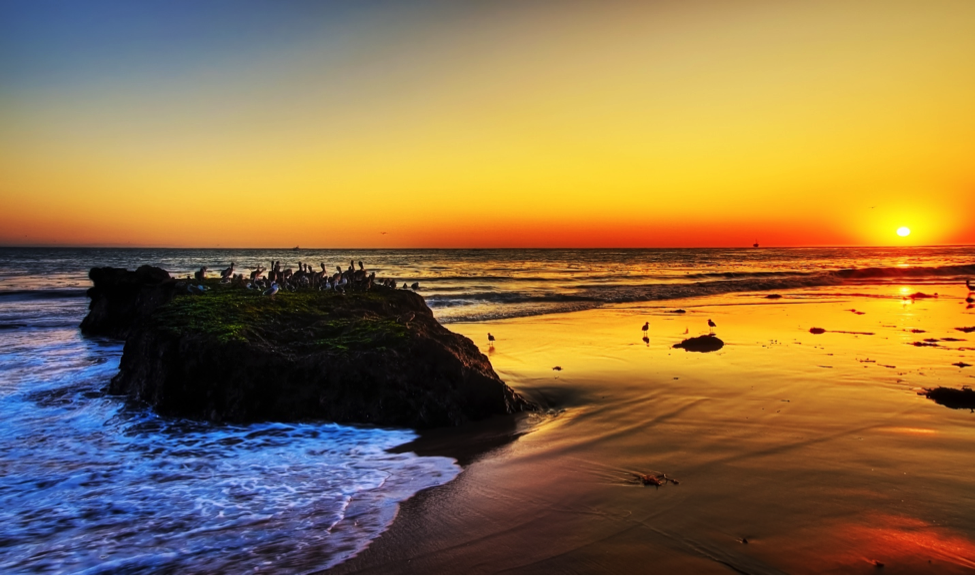 As Western States Senior Campaign manager, Deborah advocates for sustainable policies and practices for UCS in the Western United States. The reach and influence of this position is as intimidating as its occupation by someone who abandoned pursuing a PhD in intricate protein synthesis research in favor of applied science in the public interest; however, Deborah was encouraging and as eager to answer questions as myself and other forum attendees were to ask them.

The questions asked during this space of collaborative learning and collective effort to better the world we live in despite the hurdles environmentalism seems to face at every turn, ranged from my general introductory questions about Deborah’s career path and UCS campaigns to more pointed questions about community choice aggregation energy sourcing. Hearing the responses of someone who had attended the People’s Climate March in Washington, DC and who had spent the day in meetings with various lawmakers and on the front lines of protests was invigorating. She sent hope to myself and my peers who are looking to put our cherished and hard-earned knowledge to work in a world that can seem scary and unwelcoming to ideas of sustainability and environmental justice.

One of the most important takeaways, and what galvanized many people to action, is the importance of community action. Our society is built on both top down and bottom up change, but people often lose sight of the ripple effect of community and grassroots action because we’re overwhelmed by the stories of corporate interests and corrupt politicians navigating the direction of our country. But with Deborah’s visit and responses to the enthusiastic questions of students and faculty, she reminded us that it’s possible to start change around us. Her sustainability in schools initiative started with her daughter’s school and widened into a statewide program , for example. And she shared how scientists and supporters are making change by supporting strong climate action in California and beyond , sharing research and speaking out for ambitious climate goals, renewable energy technologies, clean electric vehicles, and sustainable water management – and winning new laws! In her presence and discussion of her work she reminded us that we are not powerless.

The Environmental Studies department is a driving force of change on campus, and moreover it is a driving force of change as it instills values in its students that cause us to attempt to generate innovation and positivity in our community and for our planet. This event, hosted by professors, and teachers like Dr. David Pellow and Celia Alario, and greatly encouraged and facilitated by the Environmental Studies department heads, chairs, and administrators, represents a response to changes in our government that have left students afraid and worried for our futures. While many campuses have stayed silent, UCSB has made efforts to assuage our worries and instill in us the values and confidence we, as graduates will use to drive our country and its policies forward.